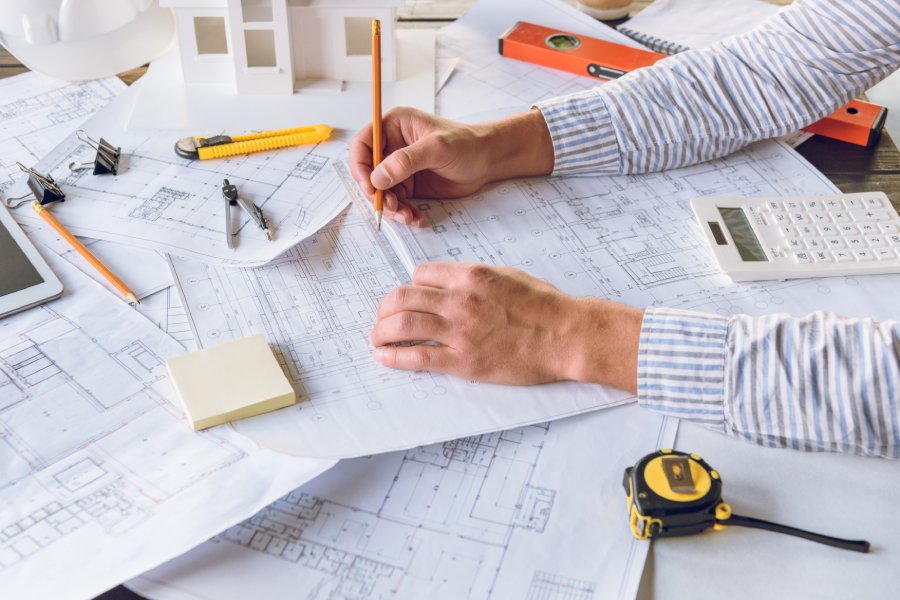 If you have been thinking of a new construction project sometime in the near future you have an important decision to make. There are two ways to accomplish your final goal – a successfully completed construction project. The two approaches differ significantly and an explanation of each will be helpful before making a decision.

The first approach is one that has been used for many decades and can be considered the more traditional of the two. It generally is names the design-bid-build approach and it involves working with an owner working with a builder to work out the scope, design of the project. After that stage is completed the project is sent out for bids with a variety of contractors, subcontractors and material suppliers. With this method, the overall design of the project is presented intact to the subcontractors. If there are small particular details they are each worked out with the individual subcontractors. The problem with this approach is that each subcontractor is siloed in their own niches and do not usually communicate with each other.

In sharp contrast, the second method provides an approach that is the total opposite of the prior method. It is known as design-build method. This approach involves the owner and the design and build team. This enables those two entities to work together to resolve all issues that might come up. It is the design build team solely that works with the owner to complete the entire project will all the details involved and all issues that might need to be altered in any form.

This second method has gained popularity in the last decade or so. It is now considered to be the gold standard for project management. One thing that makes it more productive and more progressive is the collaborative approach that governs the relationship and helps ensure the success of each project. In the US today, more than half of all projects now use the design-build approach.

A study commissioned by the Design Build Institute of America, an industry sponsored organization, tells that the design-build method is becoming the most popular approach to completing a project. The two large segments of the industry were identified to survey. These segments are the public and private ones. Both have seen increased usage of the design-build process. In order for the public sector to use this method legislation needed to be passed to permit its use. In the private sector owners have indicated that they have received a greater value when the method has been used, especially on larger sized projects. They have realized that these projects have seen greater cost savings with the ability to allow for more innovations.

In another study that looked back on twenty years of design-build work and its performance, researchers conclude that through use of this method, project costs have been lowered by almost 2% on a square foot basis. When taking on a large projects that kind of savings makes a big difference for owners. As far as savings in time spent completing a project there is a 3% less scheduling changes and delays than through design-bid-build projects. Quicker project completion is another important improvement with design-build work.

Design-build work will only gain in market representation as it continues to show its superiority. In the way that it helps save project costs and streamlining the building process, it has continued to show how it can benefit those who choose to implement this process into their projects within the industry.