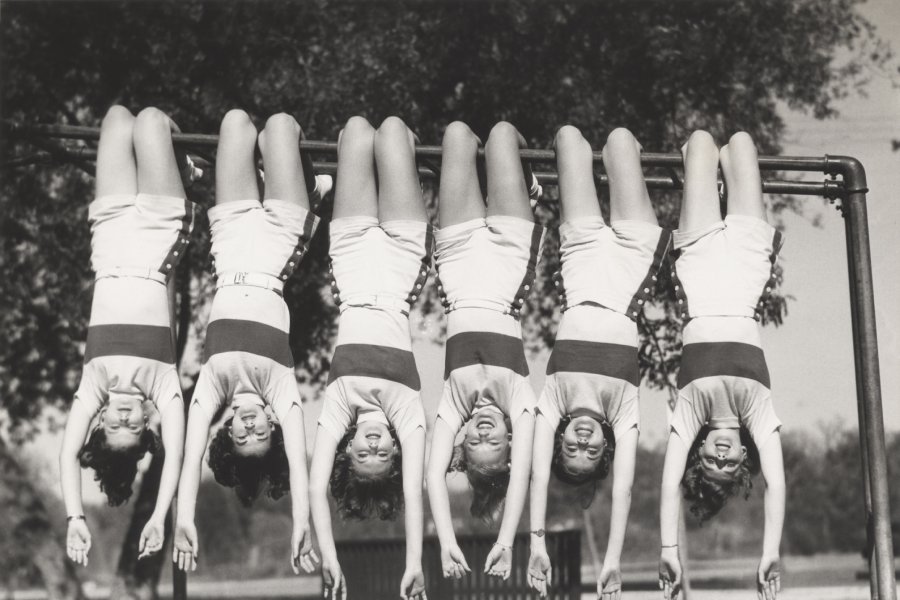 By TF HarperNovember 4, 2021Playgrounds
No Comments

The first outdoor gymnasium arrived in 1821. It was built in Salem, Massachusetts, at the Latin School. The playground equipment included a vaulting horse and parallel bars. However, the popularity of these outdoor gyms faded quickly until the industrial revolution of the 19th century, when there was a renewed need for child-specific spaces.

When cities began to transform into industrial centers, a vast population shifted from rural America to urban areas. As the country industrialized and more and more families moved to cities for work, and home construction became less common in urban settings, many children found themselves without adequate outdoor space for play and exercise.

Schools were some of the first buildings to be constructed in newly industrialized cities. The local governments saw these institutions as necessary for providing structure and order to this new class of city-dweller. Schools attempted to maintain order by regulating access to play space by implementing rules about where children were allowed to play during recess, school hours, and after school. These rules were enforced by the teachers and disciplinarians, who often relied on punitive measures like shaming, scolding, or beatings.

The first outdoor gymnasium arrived in 1821. It was built in Salem, Massachusetts, at the Latin School. The playground equipment included a vaulting horse and parallel bars. However, the popularity of these outdoor gyms faded quickly until the industrial revolution of the 19th century, when there was a renewed need for child-specific spaces.

The first playground land was opened in 1885 by Sir Frances Galton on London’s Battersea Bridge Road. The space included swings, climbing bars, and horse rides for the children of south London. This became the model for municipal playgrounds all over England.

In 1901, the Playground Association of America was formed to address children growing up in tenements. An early initiative by this group was the construction of a playground on the roof of Ellis Island’s hospital center for immigrants and refugees.

The first playground was built for African American children in Philadelphia, PA, in 1917. It was not until 1934 that all races were allowed access to slides and swings on public playgrounds.

While Americans struggled financially during the Great Depression, children had little to do, and playgrounds were scarce. However, following World War II, there was a notable increase in swing sets available for kids across the country.

Playgrounds as we know Them Arrive with the 1950s Suburbs

Swings gave way to more complex equipment like merry-go-rounds in the 1950s when suburbs offered more extensive playgrounds. The most popular of these was the teeter-totter, which arrived in 1953.

The popularity of Playgrounds in Decline after the 1970s

More recently, there has been a downward trend in the number of children playing on public playgrounds. This is directly linked to the rise of personal entertainment and information technology.

The most common playground equipment is designed for children ages 3-15. A new concept has arisen of interactive play. This includes games like Wii Sports and more permanent fixtures such as the ropes course. Other types of public outdoor playgrounds include:
• Natural playgrounds: natural materials like fallen trees and rocks are used
• Gardening playgrounds: vegetables are planted in the area, which children can harvest
• Waterfront parks: play fountains provide water to splash around on hot summer days.
• Community recreation centers: these offers more extensive facilities, including swimming pools, weight rooms, sports courts, and dance rooms.
• Children’s museums are specifically targeted at children up to age ten who can learn in a hands-on environment.
• Montessori Playground Movement was established in the 1960s

The best example of the Montessori playground movement is the works of American architect David Rockwell, who designed a playground based on the ideas of Maria Montessori. It includes soft materials evoking the world of nature, large interactive plants and trees, tunnels to crawl through, water features.

Atwood’s Contractor offers an impressive selection of outdoor playground equipment and accessories. Manufacturing for Kids has a special division that works with architects and designers to create custom play areas. Their website also includes an online design tool that lets you customize the dimensions of your structure or site so you can be sure it will fit perfectly.

Why Have Indoor Playgrounds become Popular?

The main reason for creating playgrounds indoors is to protect children from bad weather and other natural elements, such as bugs and reptiles. The most popular indoor facilities include McDonald’s play places, which are also safe for toddlers and babies. Such structures can be found at various locations, including:
• Malls
• Airports
• Supermarkets

One of the most famous examples is the children’s play area at the National Museum of American History, where kids can play with interactive exhibits. There are also several indoor playgrounds at planetariums and aquariums across the country.

Benefits of Public Playgrounds and Indoor Play Spaces for Children

According to the U.S. Consumer Product Safety Commission, there were over 200,000 children admitted into emergency rooms in 2009 because of playground injuries. However, a study found that regular play at outdoor playgrounds provides children with valuable learning, exploration, and exercise opportunities.

A Different Approach to Outdoor Playgrounds: The RiverPlay Project in Massachusetts

With this new project, Governor Patrick is taking a unique approach. He has already invested $1 million into the design and engineering of Riverwalk Park in Lowell, MA. The completed project will feature a 3-acre park that includes an amphitheater and basketball courts and the first playground that is entirely powered by solar energy. The entire area will be one cohesive landscape, using natural materials like granite and maple tree chips instead of hard synthetic surfaces.

Outdoor play has many profound benefits, including developing social skills, improving physical activity and cardiovascular health, promoting creativity and imagination, and more. Many schools are now trying to incorporate new equipment like swings into their playgrounds for the next generation.

Since 1985, the percentage of children playing on playgrounds has declined, and there is currently a national lack of play space for children under five years old. The rise in obesity and other health issues is directly related to this decline in outdoor play.

The leading cause of the decline in outdoor play is that parents are too busy with work and other commitments to take their children outside. Many schools have also closed down their recreation programs because of budget cuts. There are many benefits of outdoor play for children, so it is essential to find time to go out and spend some quality time during your busy schedule.