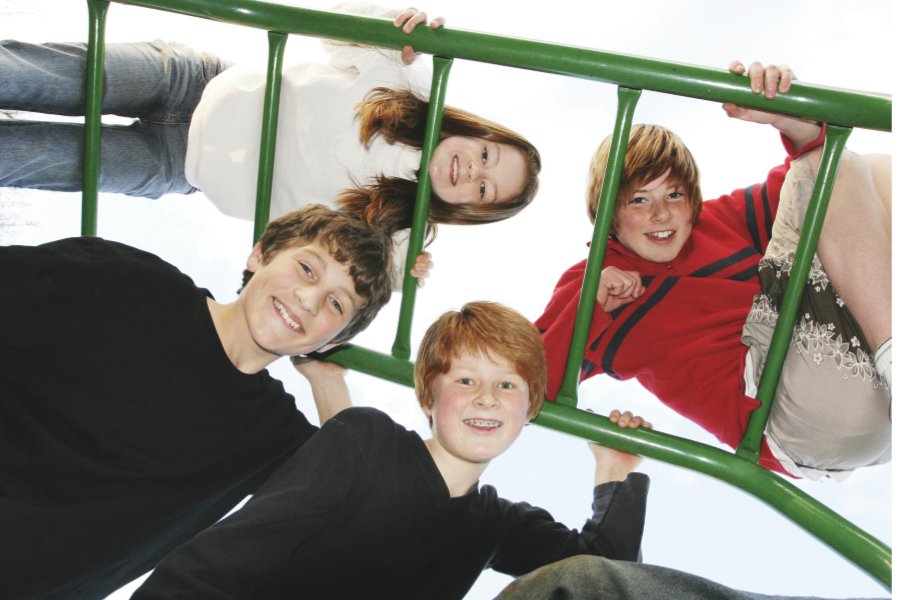 Designing a Playground That Is Gender Neutral

Over the years the things that are popular amongst children are pretty consistent.  You could often find them playing in make believe worlds filled with princesses, pirates, mermaids and super heros.  Taking these things into consideration when designing a playground will help their imaginations flourish. The problem is that sometimes children won’t want to play with something of the opposite gender because they deem it too ‘girly’ or ‘boyish’.  When designing a playground, think of structures that would spark the imaginations of both genders.

One way to design a playground without areas that might be considered gender specific is to have the entire playground in basic playground structures.  These playgrounds would be more tailored to physical activity. They could have climbing structures, slides, swings, sandboxes, and water play. Painting could be done in primary colors or natural colors.  This allows all the creative thinking put into imaginary play to be up to the children without any cues from the surrounding areas. These types of playgrounds are common in schools and smaller city playgrounds.

Another idea is to design a playground with structures that could occur naturally such as boulders and trees.  Bridges could be built to create a treehouse type area and slides could be made to look like waterfalls. Rock climbing walls could be created out of walls that actually look like rocks. Playgrounds like this are ideal in places where children don’t have access to areas with those materials naturally occurring.

If you want to design a playground that include themed areas, think of themes that both genders would enjoy.  Some suggestions are pirate ships or castles because you could create a main structure and incorporate sub-themes.   A pirate themed area could have a main structure as a pirate ship and sub-themes that include mermaids, sea creatures, and treasure hunts.  A castle themed area could have a castle structure with sub-themed areas with princesses, knights, and dragons. These themes give both genders the option of playing together in a neutral area while giving them the freedom to play in areas that might be considered as gender themed.

Another suggestion is to create an area that isn’t necessarily a theme, but creates an atmosphere for imaginative play.   An example of this type of area is one for superheros. Creating structures that are for balance, have areas for hide and seek, climbing vines, or rope swings are things that mimic movements that children may see their favorite superheros do in movies.  To help create a superhero atmosphere, try painting symbols of well known superheroes or bright colored comic book word bubbles.

There are several ways to design a playground that includes areas for both gender roles without being gender specific.  Creating these areas will help create a welcoming environment as well as encourage both genders to play together in a neutral area.